THE GOLDEN SECTION AND FIBONACCI

Astonishing golden section, φ, which can be observed in the conceptual field of the Euclidian geometry, in the proportions of the human body, as well as in Fibonacci’s study on rabbits population (1).
It is also to be found in the geometry of plants, namely in the pentagon and in the number of petals of numerous flowers. The golden section is inherent to the logarithmic spiral which forms the shell observed in nautiloïds (2).

In the human body, the golden section is observed in the ratio between the height of the individual and the distance from navel to ground.
Fibonacci even found it in the number of individuals present in rabbit populations growing as terms of the series of the same name,
the ratio of a term to its preceding one tending towards φ.
Therefore, the golden section is intrinsic to a vast number of natural forms and events. So is φ part of what human beeings feel as beeing proportionate, as it is naturally present in the environment, in the geometric harmony and, in the balance of the internal living forces.
For these reasons, the size of most canvases is determined according to the golden section.

When we draw, in such a rectangle, the square whose side is equal to the width of the rectangle, the remaining rectangle keeps the proportion of the first one. This operation can be repeated ad infinitum. It allows the construction of a spiral as on the diagram below:

The “Spirals” series, presented below, is based on the geometry of the golden rectangle of the first family in which the ratio between length and width of the rectangle is equal to the golden ratio.

How to work on composition from the golden ratio?

The “SERIAL PAINTINGS” are designed, drawn from the numbers of the Fibonacci sequence as well as the order of the colors follows a rule of Concrete Art elaborated by the artist.
The “MUSICAL TALES” are musical paintings, they are representations of synesthetic images visualized by the artist while listening to music.
The “MANDALAS” are constructed and painted according to the same rules as the serial paintings but in a rotational movement, dextrogyre or levogyre, from the inside to the outside or from the outside to the inside, hence the words “dextrofugal”, “levofugal”, dextropetal” or “levopetal”.
The “EXPANSIONS” are drawn from the Fibonacci numbers, 1, 1, 2, 3, 5… measured in centimeters.
The “ETCHINGS AND AQUATINTS” are works of all the categories presented above.
The “SERIGRAPHS” are from the category of Mandalas.
The “STAINED-GLASS” page shows projects of color and light, highlighting architectural and urbanistic objects.

All the paintings are oil on linen canvas primed with an old-fashioned medium based on skin glue, amorphous plaster and Spanish white to give the oil paint its full brilliance and depth. The formats are in the golden number and are therefore all constructed by the artist.

All paintings are oil on canvas and all formats fall under the golden ratio or divine proportion and thus are homemade. 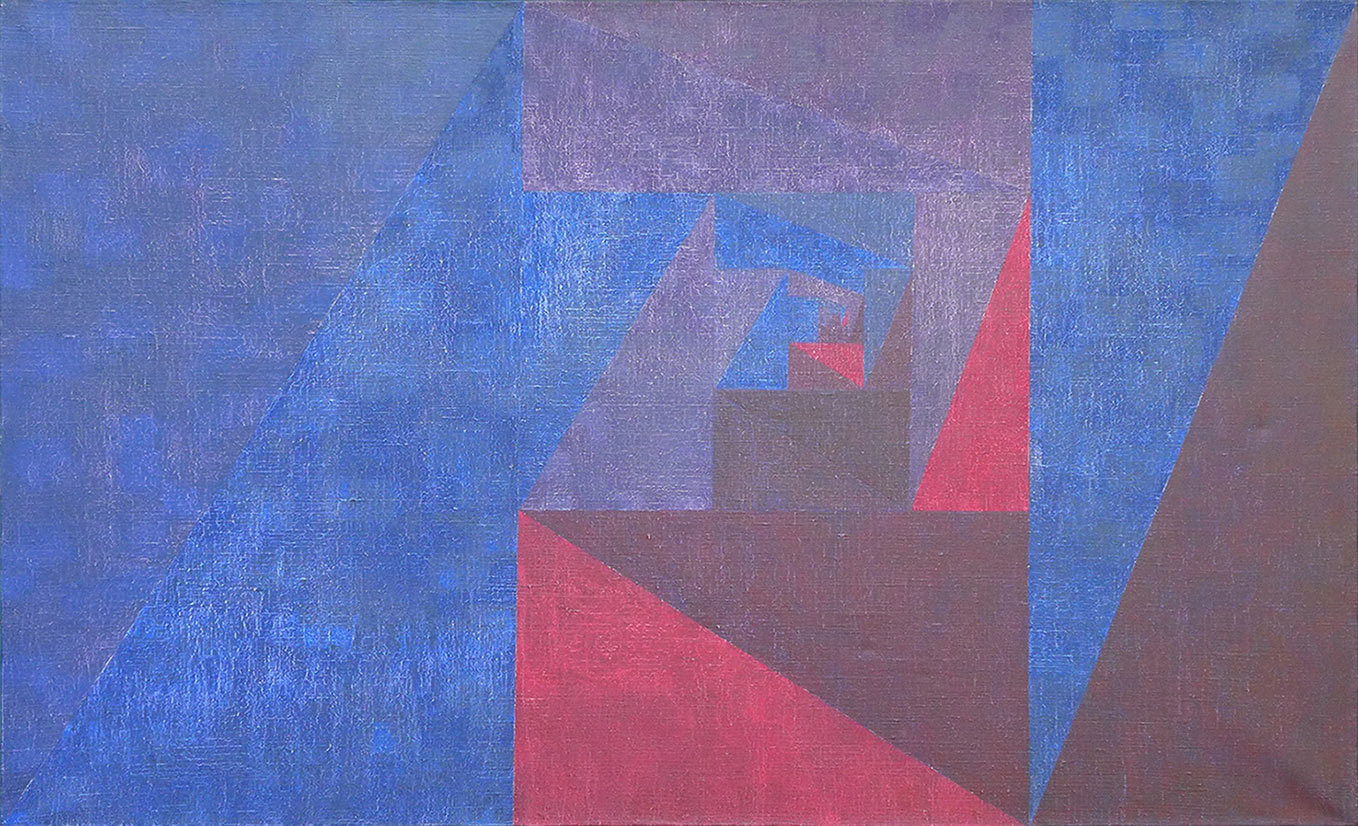 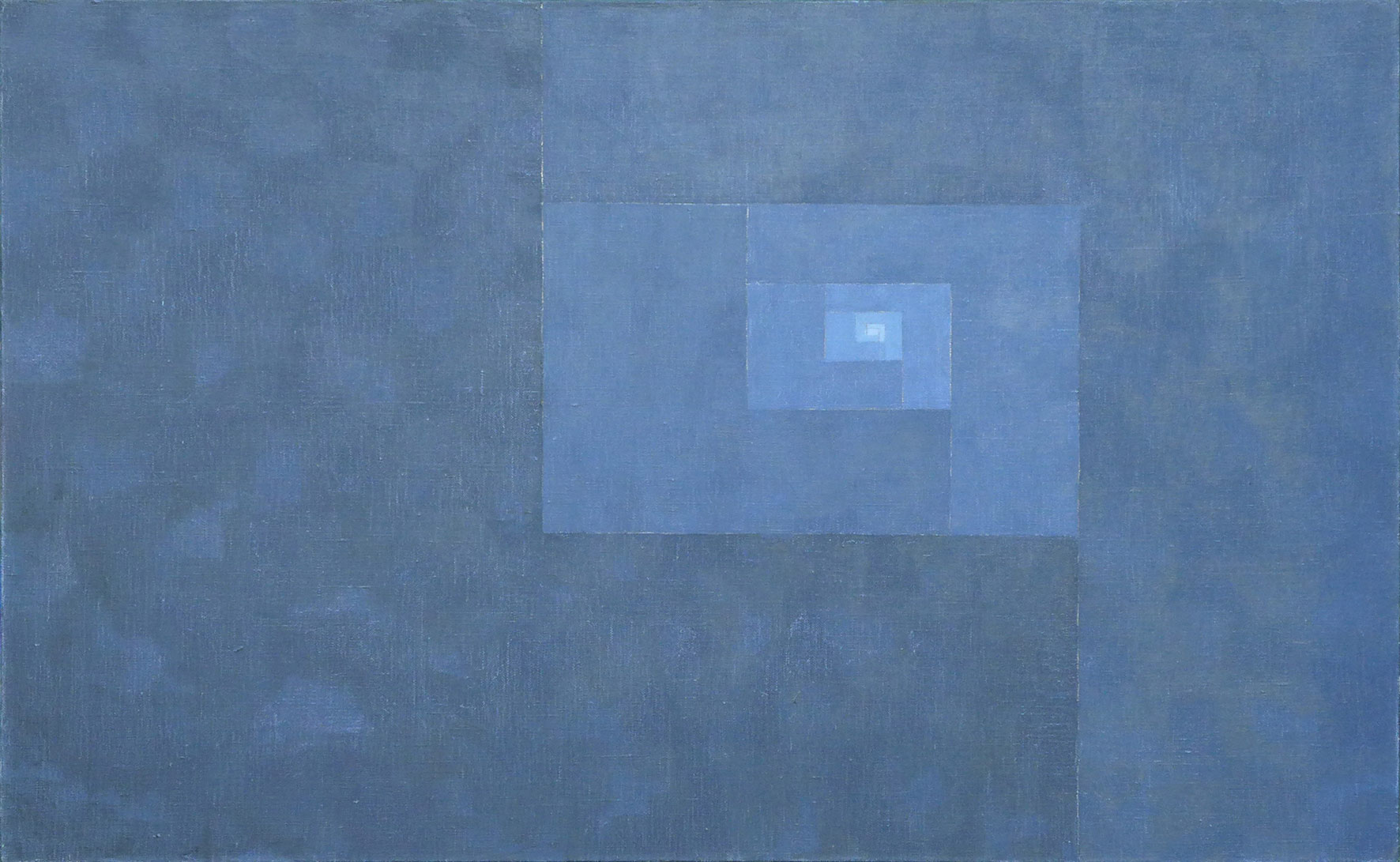 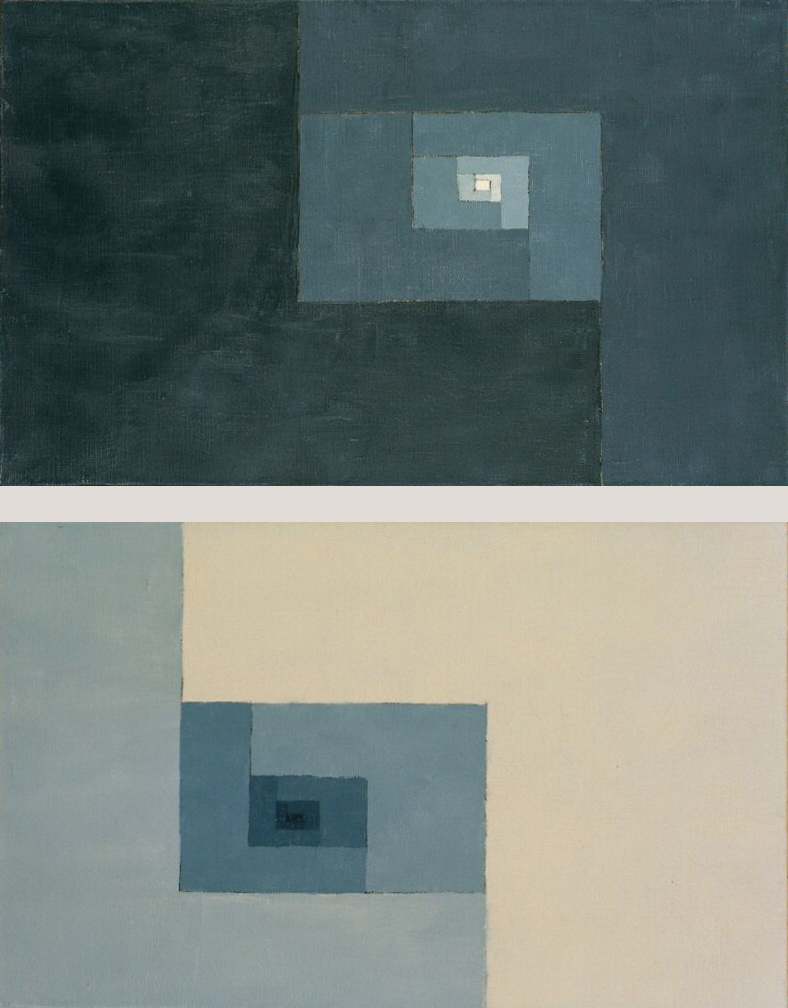 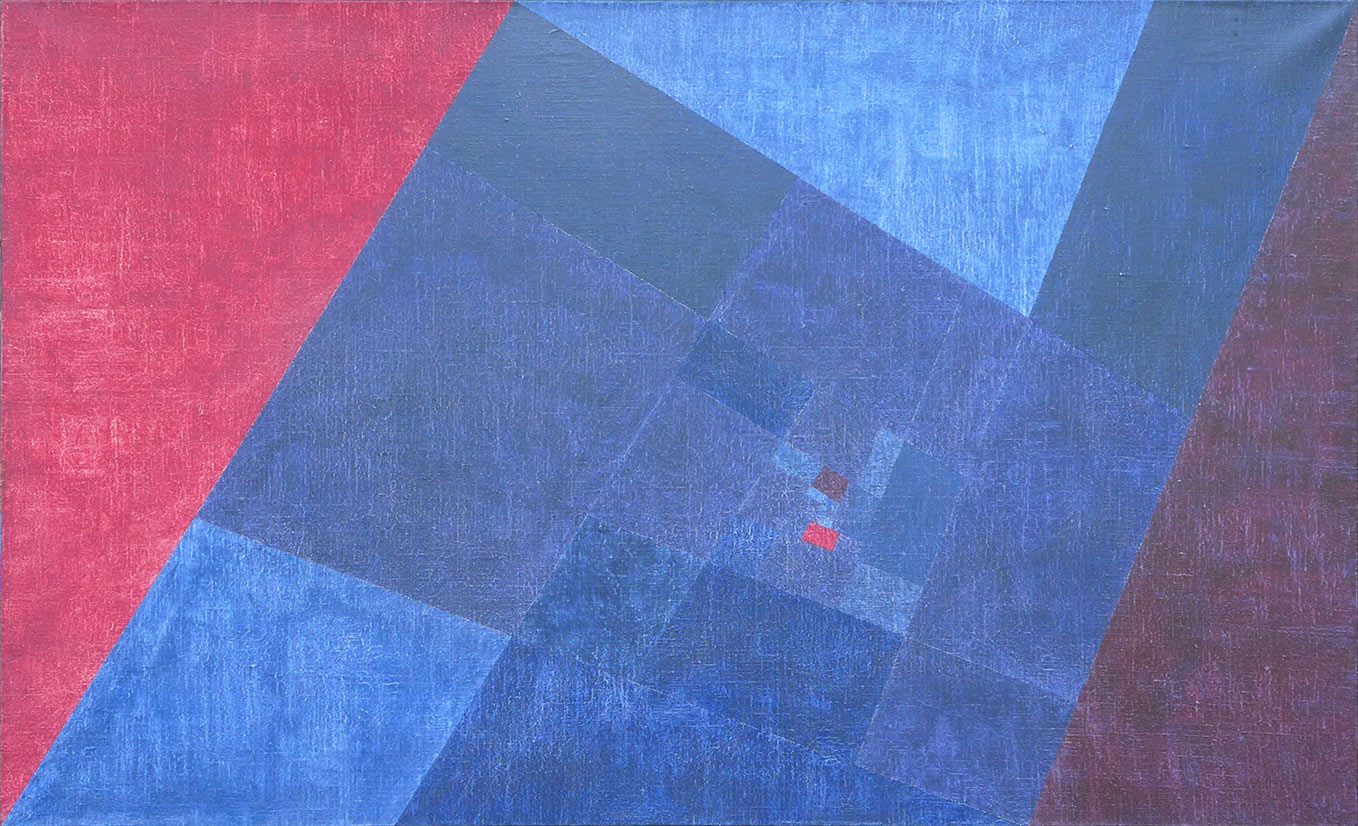 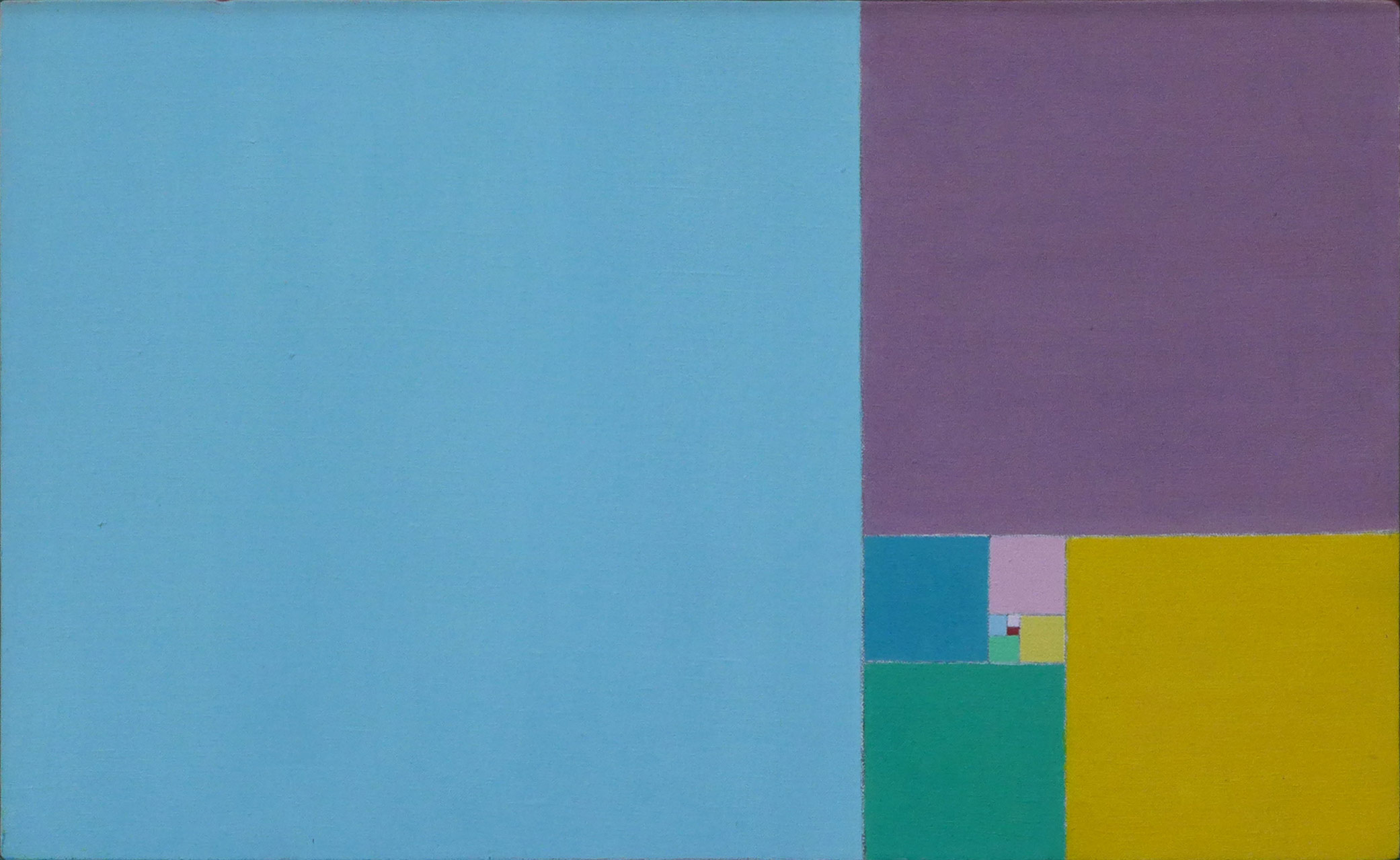 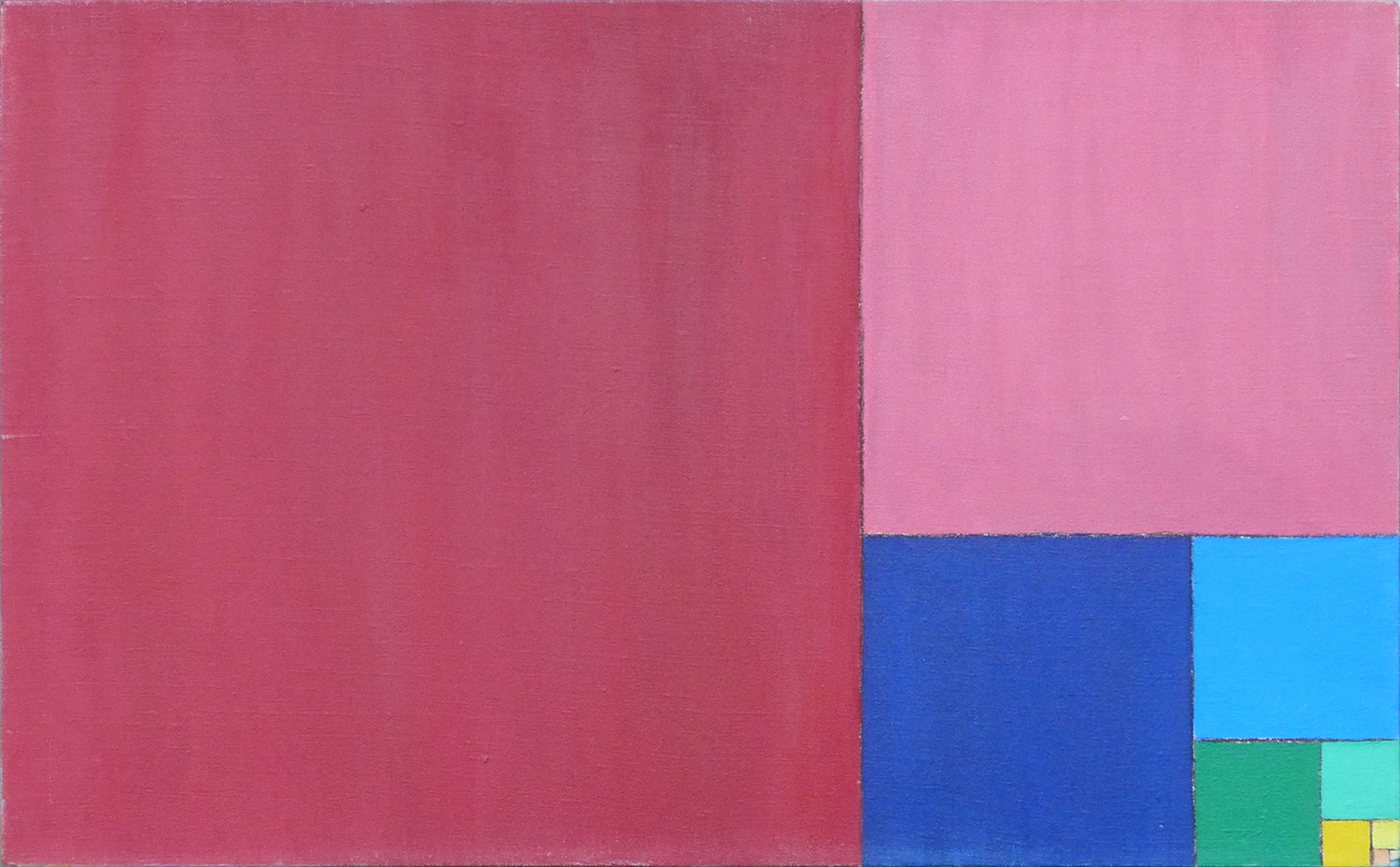 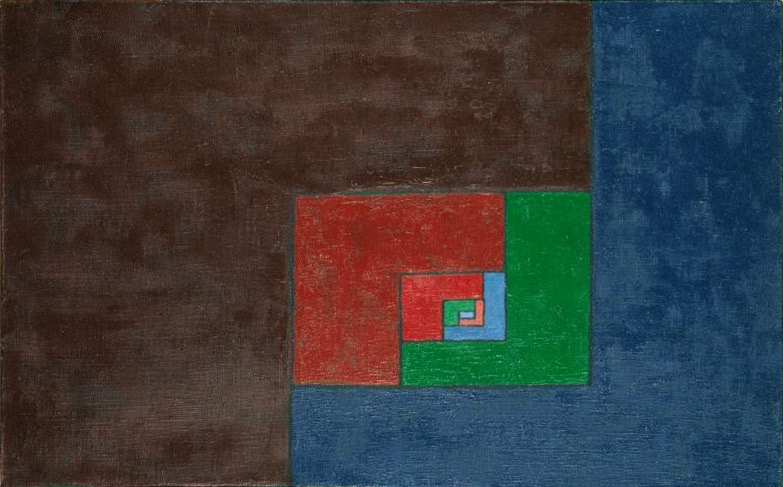